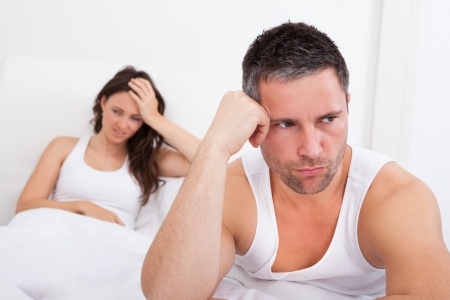 It’s got to be one of the biggest mistakes men make with women.

Particularly shy guys, we make this mistake so often we can’t even see we are making it.

This article was triggered a moment ago by a clip from one of Ross Jeffries workshops. I shamelessly plug Ross Jeffries on this site because after years of research with all the major dating gurus out there ONLY this guy is really and truly pulling aside the curtain of unconscious thinking that keeps us from our hearts desires.

In the video clip, Ross is talking to a group of guys and he’s trying to get across the point that it’s not what we are that attracts women, it’s not what we have, it’s how we make her feel and what states we can lead her into that create the behaviors we want,  attraction, lust, desire, connection, etc.

He uses the analogy of a burger joint. He says to the group of guys there, “you and I open competing hamburger stands. I’ll give you any competitive advantage you want.”

What they would do to get an edge on their competition?

This is how guys think. Right? I’ll get the shiniest car. I’ll wear the nicest Armani suit, I’ll work out like a fiend at the gym so I’ll have six pack abs, I’ll tell her about my high paying job. And THEN she’ll want to be with me, go to bed with me, etc.

Do you see the “stinkin’ thinkin'” there? Listen up. It’s not about that stuff.

Jeffries shakes it all out. He tells the group, “You can have all that competitive advantage, I’ll take the hungry crowd. When someone is hungry they are more naturally going to give you the behavior of buying your burger.”

Most guys spend all their time on these material things like cars and clothes and jobs, thinking that will bring in the babes. It’s like the burger stand owner focusing all his attention on creating a better burger. It’s not totally pointless but it doesn’t really bring the result he wants.

But it’s not about the parking.

You have to stop all that! The focus has to change from your negative self absorbed hallucinating to her. But in a different way than just gazing at her longingly.

You have to create emotional states in her that are conducive to her feeling attraction and desire for you.

How do you do that?

You have to first learn to manage your emotional states.

The fear, anxiety and panic that cause you to lose it around pretty girls and women is stopping you from being able to create desirable emotional states in her that lead to attraction and romance. Your first step is to stop that runaway fear train inside you. When I first used NLP on myself to stop being shy, it took me literally less than 10 minutes. It might take you more or less time but that’s not the point. The point is you can change this. You don’t have to suffer alone with this any longer.

So. What are you waiting for?

I hope you take some decisive action today. None of us are getting any younger. Don’t let your life slip by because of your fear. Do SOMETHING now!

Remember as a shy guy you have all the basic tools to create spectacular success with women.

Start using those resources to get what you want instead of using them to keep yourself miserable.