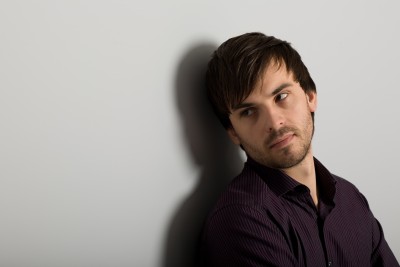 Stephen from Australia wrote to me the other day about his frustration approaching women because he is extremely shy and has a speech disability. One of my suggestions was that he have a poem handy on a card and just hand it to her or write a short note on the spot saying “Hi!”

Check out the previous post: Extremely Shy Around Women

I want you guys to read this and pay attention because it’s not just about Stephen it’s about all of you.

BTW, thank you Stephen for being willing to share your struggle. Please remember all of you that you are not alone. There are millions of you out there suffering. So let’s take some action to get past this phase in your lives okay?

Hello Mark, thank you for your advice.

Unfortunately I’m not very good at poetry although I find it easier to express myself when I write because I have more time to think about what I want to say. I’m not really sure how a woman would react if I handed her a piece of paper with poetry or anything else I’ve written on it. She may be turned off by the idea and find it a bit strange. Once I get to know someone I will open up a bit more when I feel comfortable around them. It’s the initialization of getting to know that person that is the difficult part for me. Because of my speech disorder I’m afraid of being rejected as well. The woman might find it more of a burden because I can’t communicate with her properly.

Thanks for your time.

But you see Stephen that everything you’ve said is something you are projecting. “She may be turned off by the idea and find it a bit strange”

You are not sure of how a woman will react if you hand her a piece of paper with a note or a poem. So? Do it and see what happens. That’s the mind set you need to work on more than anything else. Instead of stopping yourself with “what ifs”,  test it out to see.

And so what if she does think it strange?  Do it and see what happens. The note could be as simple as,

This is the piece you share with a gazillion other guys. Aren’t we all so bored with ourselves? We’re so concerned about what she thinks. And that’s why guys who don’t care about women get all the hotties. Because they are not all hung up on what she thinks. They go for what they want in their lives and if she’s cool with it she’ll come along. If not then that’s okay too.  For us “sensitive guys” who were trained by our overprotective mommies to always be nice, it’s so counter intuitive.

Well. You don’t have any control over what she thinks at first. You don’t know what kind of baggage she has. I do know that women WANT MEN TO TAKE THE LEAD. They don’t want to be dominated or bullied or bossed around but they want you to step up and initiate.

She MAY think you’re an asshole but as Ross Jeffries says over and over again, “you need to allow her to have whatever first reaction she has.” Talk to any couple about how they met and a good number of the women say, “I thought he was an asshole at first, but then when I got to know him I found out he was wonderful”

That’s what women do.

But by not being willing to take a risk, you are also taking away the possibility that she may think it’s charming and interesting.

About a year and a half ago I wrote a bunch of little notes and hid them all over the house for my girlfriend to find. You know, in her jewelry box, in her underwear drawer, in the medicine cabinet…a year and a half she still has all those notes in exactly the places I hid them….

I toss notes out. Women don’t.

Get it through your head that women are different than we are. Stop thinking that she thinks like you do. Start getting bold and wildly experimental.

Every interaction is just a learning opportunity.

And here’s the hard news Stephen and all you other shy guys out there. Please forgive my bluntness but someone has to say it (and believe me I had to realize this for myself too): Ultimately shyness is a form of narcissism. You are so self absorbed that all you worry about is what other people will think about you.

But it’s not about YOU.

It’s about HER. And women are just as narcissistic. They’re all worrying about what YOU are thinking about them. We humans are such bizarre ridiculous creatures! Really we are.

So Stephen and all you other guys reading this. Here is your assignment for this week.

I double dare you….

No! I DOUBLE DAWG DARE YOU!

p.s. I just found a great place to meet hundreds of women easily… stay tuned…for the next article/post.

p.p.s Hey Shy Guys! Need help? If you are serious about blasting through this crap that’s been holding you back, consider a one on one session. I do phone sessions with guys all over the world. Maybe you just need a coach. If the main issue is anxiety then you might want to check out Crush anxiety Now.