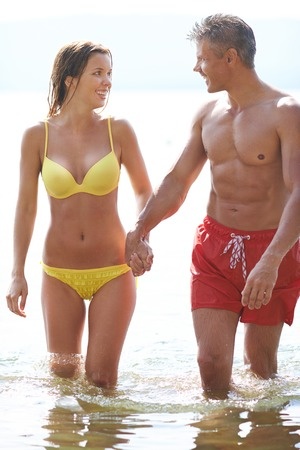 Fired up by yesterday’s humor piece, Beware The Dog House, where guys who gave thoughtless, sexist, misogynistic gifts got sent to the purgatory of a concentration camp/prison called “the Dog House” I started thinking…

What is it that women really want?

I get that men often forget to give gifts or often don’t put a lot of thought behind their gifts or give their woman something that the guy actually wants. And yeah, those guys are immature and clueless.

But legions of “nice” guys attempt to overcompensate by giving such incredible gifts that somehow will make her love them more and that usually back fires as well (for him, not for the restaurant, florist or jewelry businesses)…

I remember one weekend searching every store for a baking pan that didn’t have some kind of “non-stick coating” on it so I could bake a cake for my girlfriend at the time. She was a fanatic about toxic chemicals leaching into our food. So out of respect for her I wanted to make sure even her birthday cake was “in compliance” with her wishes.

How thoughtful of me?

Yes it was thoughtful but on another level, not really. I was afraid she would reject me and put me in the dog house if I didn’t do it “right.”

I was tip toeing around HER agenda.

And when she got home from the meditation retreat where she went to celebrate her birthday without me, she wasn’t particularly impressed with my valiant efforts to make her a great meal and welcome her home with full romantic fanfare.

Women SAY they want a man to cater to their every whim and desire. And we “good guys,” “nice guys,” caring guys who fall for that are missing something MASSIVELY significant.

Women don’t want a man who tippy toes around them or their feelings. Women want a man to lead them. Yes they want a man who is not totally clueless about their preferences and desires, BUT. Ultimately women are repulsed by pleasers.

THEY want to PLEASE their MAN. They want to look up with admiration to their man.

Interesting note: When I was searching for a stock photo for this post, I typed in “women admiring a powerful man” to see what would come up. NOTHING. This is so beneath the radar of our culture that there are no pictures in t he thousands and thousands of stock photos that represent what I’m talking about. Interesting. Finally I found a pic where if you notice, HE is leading HER. She is looking at him with admiration. HE is looking back at her from his place of power.

This explains why so many women are hot for CEO’s, Doctors, Lawyers, Millionaires, Movie Stars. They are attracted to POWER. They are not attracted to WIMPY-NESS.

They want a man who is so into his own MASSIVE THROBBING vision for his life that if he does remember her birthday she is grateful simply for the acknowledgement and his appreciation of her.

A lot of women say they are waiting for their “prince.”

But ultimately women do not want a “prince” — they want a KING.

Think about it. A “Prince” is usually a spoiled, self absorbed, immature, privileged, coddled and narcissistic brat.

A “King” on the other hand has shit to do. He has more important things to do than a prince. He has a kingdom to run. He has enemies to deal with. He has responsibilities and demands upon his time, talent and treasure. He is a leader. He is powerful. He is feared.

What women really want is a man like that who in spite of all that he has to deal with, still remembers her birthday.

Why? Because she looks up to him and realizes that he is on a higher level than she is and yet she still matters to him.

Does that make any logical sense?

In other words if SHE is the King in your relationship with her, then you BETTER get her a great gift or you will be sent away from “court.”

Ultimately it is all about Who has the power. Women will try to take your power from you. But they don’t really want to succeed at that. They want YOU to be immune to their power plays and to prove that you are THEIR King.

It is called a “test”

So here are your action steps for the day…

No one teaches us men how to be the kinds of men we could be. Most of us have been raised by women, taught by women, trained to obey and supplicate to women. That has to stop.

It is time to step fully into your own personal mastery as a man. It’s time to become the KING in your own life, in your own world, in your relationships.

Need help? Know when to get some coaching. Start educating yourself about this stuff.

Your world is about to get a lot bigger… Your Majesty.

If you have any thoughts or questions or subjects you would like me to reflect upon in future videos, click the button below and contact me today.