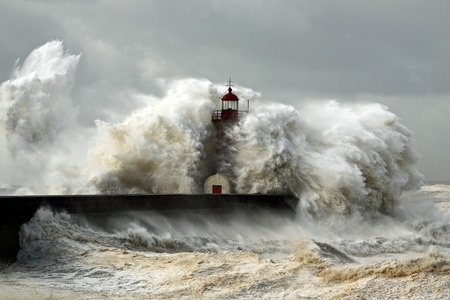 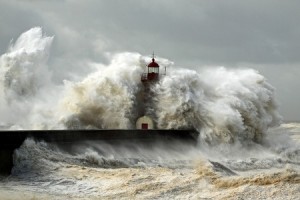 I once heard a very helpful metaphor that I think sums up what we as men are beginning to understand about the differences in polarity between the masculine and the feminine:

The masculine is a lighthouse standing strong and tall, constant, clear, enduring, direct and focused on its purpose or mission.

The feminine is the sea.

It actually desires that. The rage, the lashing out, the emotional storm is simply the way she “tests” him…

One of my girlfriends forwarded this to me this morning. It is one of the best pieces of writing I’ve come across that articulates this from a woman’s perspective. I think you need to read it to understand the subtlety of why being “nice”, “compliant”, “helpful”, “agreeable”, and other socially encouraged things cause our women to not feel safe.

WHEN A MAN SHOWS YOU WHERE HE STANDS by Lauren Sheehan

I’ll never forget the feeling, sitting next to him on the sidewalk, feeling his presence.

He wasn’t smiling. He wasn’t happy. He wasn’t warm. Yet he wasn’t closed to me either.

He was clear. He was standing his ground. He was driving his stake further into the earth.

My body was reeling. All kinds of knots inside me were becoming present. Not the knots of danger or warning, but the knots of old held onto emotions, things to be let go of. The sort of knots that were putting me face to face with my self, with what I needed to look at and be responsible for.

I felt myself wanting to grab his attention, fix myself, fix him, do something to make the uncomfortable feeling in my body go away. I felt like I had disappointed him and myself.

For a woman, there is a distinct flavor of feeling when a man that we love feels disappointed in us. It’s not the most fun feeling. It brings up all our deepest fears and emotions about abandonment and feeling unworthy.

But what happened as I just sat, staying fiercly with myself and my own internal emotions instead of running from them, was quite amazing.

I looked over at him and I felt so pulled in, I felt a polarity I hadn’t felt in a while. It was so strong.

His face became even more attractive, his walk was more potent, he became that much more fuck-able. His center of gravity got deeper.
This was the presence of a man who wasn’t willing to be swayed by me or anyone. And as much as it makes my insides want to scream sometimes, I can never deny the respect and genuine trust that I feel when he is this way.

Because I know where he stands. I know where his edges are. I know what he will and won’t accept. I know that he is strong emotionally, spiritually, and physically.

What his body was saying to me was this, I love you but I won’t tolerate being treated this way, and I’m willing to cut you loose if you don’t want to meet me now in this place.

And the truth is, I liked it.

I liked it because his clarity called me into my own clarity. It called me into more of myself than almost anything else could. Just sitting feeling his presence unwavering, him letting me feel uncomfortable instead of coddling me or rescuing me.

He stayed with me, heart open, available, but he wasn’t going to shirk away from the truth.

This is what it feels like when a partner can take you further than where you can go on your own. It’s not all about sex and pleasure, it’s about growth.

A masculine man will show you your bullshit without a smile on his face but his heart wide open. He will show you where he stands and his presence will call you into a higher expression of feminine responsibility.

It doesn’t always feel comfortable at first. Being more responsible usually never does until you get used to it.

And then the two of you can rise together, like steel brandishing steel, pushing each other towards the potential you see in each other. Not needing it to always be comfortable, nice, or pretty. But open to it being more expansive and meaningful than anything you’ve ever experienced.

Because you know you are both on the same boat, in it for long haul, and ready to go deep.

The masculine presence in a man who can own it is intense and is not always comfortable. It’s a sword of truth and the truth can be hard to handle sometimes.

Women make the mistake of thinking that a man needs to always be and feel comfortable or nice and that his comfort and niceness keeps you feeling safe. But the truth is no man who is always nice and comfortable is ever going to have you actually feeling safe because you’ll never respect him and you’ll always have this underlying sense that he will let the world mess him around.

You want a man who will challenge you and call you out. That is how you evolve and grow.

In the past I would’ve run from this sort of presence but now I embrace it. And all the work its taken me to be able to not run away from this…. it’s been a long journey but it’s been worth it. ?

But how does a guy make the journey from  being shy, hesitant, full of fear, riddled with old pain and trauma in order to be this guy that can stand strong and firm in his own skin and be willing to speak his truth, even if it means he loses her?

The distance between point “A”, where we are boys raised by women, trained to seek the approval of women, taught by women, and trained for even more years to comply and be graded, judged etc by women, to point “B” a mature, “evolved”, “enlightened” man who quietly and powerfully speaks and lives his truth from a place of truly masculine empowerment?

That’s where I come in. When would you like to begin?