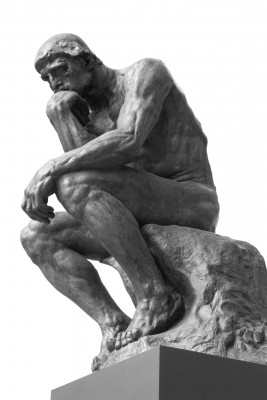 Mark Shepard here, it’s been a little while since I posted and I would love to share with you why.

First of all I need to let you know as clearly as I can that everything I write about, everything I suggest here on this site, is something that I have experienced or helped and actual client with.

IN other words there’s no bullshit here.

I am sitting in a coffee shop right now in San Francisco California, spent the weekend here working with an amazing team of dating and relationship coaches led by Adam Gilad.

I have been working on improving my success with women and relationships since 1998 when I left my 13 year marriage.

I would have never even been married if it hadn’t been for my wife approaching ME. Shyness was a serious, serious problem.

I jumped from that marriage into a 3 year relationship that almost immediately made me feel trapped and desperate. I was a master at giving away my power and feeling frustrated and stuck in just about every area of my life.

So I started working on my shit.

The first step was realizing it WAS my shit. Mine. I created it. With my thoughts. With my beliefs. With my old habits of behavior. With the meanings I attached to every outcome. If things went the way I wanted I was on top of the world if they didn’t I would crash and burn. Hard.

I had a huge secret fantasy life.

I yearned and longed for “unattainable women”. unable to connect. Unable to stay firmly rooted in my masculine, empowered energy.

I had grown up hearing from my mom and other well intentioned feminists that basically “men were bad.” “men oppressed women with there dog like lust and pushyness” So I chose to reject the male and instead neutered myself into a “safe” “harmless’ “Nice” guy.

It was only sheer desperate loneliness that forced me to try online dating and to read book after book about dating and pickup techniques (none of which I could actually get myself to do). To this day I think most pickup techniques are somewhat… repulsive. I get why they are possible and why they sometimes work. Ultimately it seems like “pickup” is mostly to fool guys into thinking that they actually have a chance with a particular woman so they actually initate a conversation.

They want something deeper and more authentic.

And that’s the GREAT news for you.

Just recently I heard two women talking as I was walking down the street. “What are you doing later?” woman number 1 asked, “Oh” replied woman number 2, “this guy has been bothering me to go out with him…” her whole attitude was only slightly less vehement than outright disgust.

The fact that you are shy and actually reading this tells me a few things.

The good news is that if you are shy, we can start from the ground up creating you into the kind of guy that not gets the women you want but gets the LIFE you want.

I’ve got to stop right now and catch my shuttle to the airport but I will continue.

And you might want to pay close attention to what I’m going to talk about next. Until then and all the best!