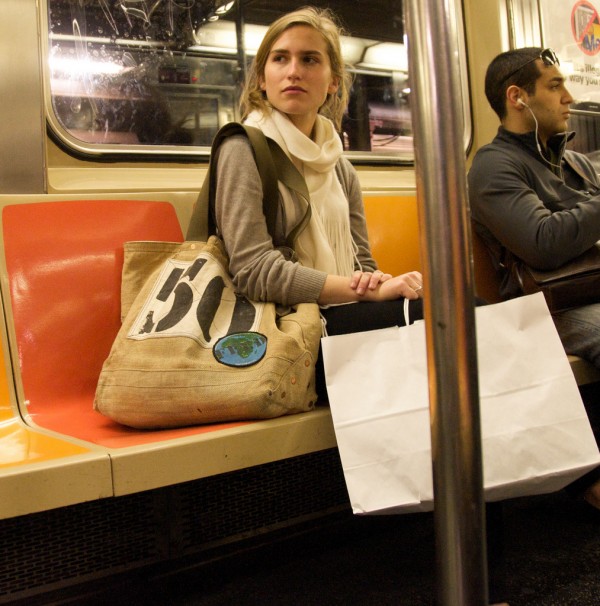 A friend of mine just sent me a link to an article by a young woman who was “approached” abusively on the subway two different times in the same ride. I also had a conversation with some friends and a waitress last night about guys who hit on waitresses.

So we have to talk a little bit about how attractive women have to deal with unwanted approaches by men.

To you shy guys who are working to overcome your approach anxiety, please read this because you need to know why women don’t just wave you over to start a conversation on the subway or in the park.

I think it’s important for men to read her blog post so that we can truly understand what it’s like on the other end of being approached.

Knowing how to approach a woman

For me, knowing how often attractive women are approached by assholes on a daily basis is one reason I had appraoch anxiety. I knew that her first assumption about me would be that I was like one of those guys and I didn’t want to a. put her in that position and b. to have to overcome her past experiences.

So I just didn’t approach.

Not being able to be relaxed and comfortable because I was holding in my mind a movie of her assuming I was an aggressive asshole, unfortunately broadcast that I was nervous and uncomfortable… Women pick up intuitively on that.

I still think that the fantasy of many men is to be able to walk up to any woman, any time and strike up a conversation that leads to the bedroom in 15 minutes or less.

Does anyone else find that nauseating? And actually downright ridiculous?

That being said, after dropping my shyness and learning how to not project my own fear of rejection outward, I have had some wonderful conversations and moments of creating that delightful spark of easy, comfortable, relaxed conversation with total strangers. Some of them were women.

Like the first really warm day of summer when a beautiful woman in a white sundress crossed the street at the same time as me in Albany NY…. I turned to her and simply said, “You light up this place! Thank you!”  and then continued on my way. I didn’t try to get her number because, it wasn’t appropriate.  But I did break the “stranger silence barrier” giving her that compliment and it lit up MY day. I also knew enough to give the kind of compliment that would set me apart from the “jerks”.

It was cool that she lit up too.

But if I’d insensitively tried to “push” the interaction to some other conclusion it would have spoiled it.

But it starts within you guys. If a woman is showing massive body language of  “I’m reading this book so I don’t have to interact with you or anyone else…” you as a sensitive, aware human can respect that.

That’s why I advocate being friendly and conversational with ALL people. As well as getting our heads out of our asses enough to actually NOTICE what the other person is saying with their words as well as with their BODY language…

I was at a Ross Jeffries workshop and one of the students kept insisting that Ross teach us how to do cold approaches on the street. Ross was like, “what is your problem dude?”  There are a million great places and contexts to meet women where they feel open and safe, where you can practice your conversation skills without having to risk being an annoying jerk. Why would you think that you are going to meet the woman of your dreams walking down the sidewalk in NY city?

If you read the article “How Not To Apprach Women,” there was a moment when she was in a subway car with this crazed guy who was being abusive to her and sitting at the other end of the train car was a small cowering man who seemed equally as afraid.

Instead of leaving her to her fate, like that frightened bystander, I know I have the skills to walk over and sit next to her and support her in dealing with the crazy dude. She would have appreciated some friendly human support. I might have failed in stopping him but I still would have given it a shot. Not with force or violence but with the same internal skills and conversational tools that I learned to meet women appropriately as well as to stop being a target of bullying myself…

So if you are at the place where you are ready to practice conversing with strangers, do it respectfully and intelligently.

You are better than these guys who give all of us men a bad name.

I know you are the kind of guy that has a lot to offer quality women.

No one teaches us guys the subtleties of conversing with people we don’t know. That’s why I’m working on a course of my own that will incorporate some of these deeper challenges.