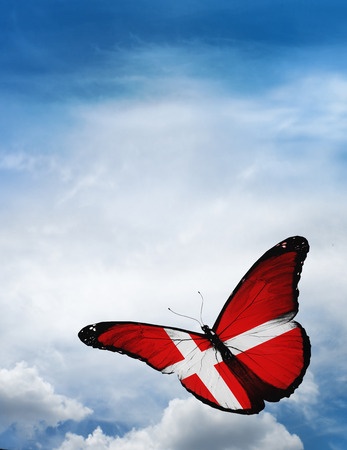 Is that how you spell Laundromat?

It looks weird. Oh well. If spell check says that’s the way to spell it, cool.

So yesterday, an extremely intelligent person from Denmark signed up on the Honest Hypnosis Daily Mind Mastery list…

Which triggered an immediate REACTION from me.

Ok so maybe that’s a bit of a generalization (I’m sure there are a few Danes who are not awesome I just haven’t met any of them) but I have a ton of stories about Danish people I’ve known and loved over the course of my life.

There was my next door neighbor, Olaf K. (can’t spell his last name so I’m not gonna try) who told me a story once about how the Nazi’s in World War II held him by his ankles outside a window 12 stories up and threatened to drop him if he didn’t “co-operate”.

Luckily they didn’t drop him even though he refused to play by their rules. But pretty intense shit huh?

Lesson from Olaf: People are a lot more than they seem on the surface.

Danes seem to be easy going and carefree people. BUT THEY ARE TOUGH. Remember the VIKINGS? They were SERIOUS bad asses… and yep. A lot of them were DANISH.

When my sister pointed this out, Lena, without a trace of embarrassment put her top on and “blended”.

Lesson from Lena: Hey! It’s just not that big a deal. Whatever. Move on.

I was in a laundromat because my wife and I and our 3 kids were living in a tiny 2 bedroom apartment… This was after we had lost the 4 houses I’d foolishly bought for nothing down at the top of the 1980’s real estate bubble… which had “conveniently” BURST… leaving us… broke… but alive and healthy… (and experienced. Never dismiss the power of experience to serve you LATER).

The rest of the family was off doing something and I was soaking up the quiet, alone time that I love so much… While I was doing the laundry at the laundromat, I was reading an inspirational book… (cause that’s the kind of book I ALWAYS read)….

and out of the corner of my eye…

I noticed this young guy.

There was something about his jeans that somehow just “screamed” Danish.

The jeans were just NOT American jeans… They were cut differently, the length was not quite “American”. The stitching on the pack pockets was unusual… or something…

When I heard the lilt of his accented English, I just knew he was Danish.

The Danes kind of sing their language. And I LOVE that.

Since I love Danish people so much I asked him, “You’re Danish aren’t you?”

Turns out, he was visiting the US on vacation and while in NYC, someone had beat him up, stolen all his luggage and left him lying in an alley.

So he spent a few nights in jail before he was able to convince them he was not a threat to the safety of the rest of New York City. So the cops released him with no money. No passport. Nothing but the clothes on his back.

What a great vacation! What a shitty way to experience America huh?

But what struck me was that he was not whiny or complaining in the least. He was simply executing his survival plan, hitchhiking his way to Canada where he had friends.

He’d been sleeping in train stations and working his way north from New York City as best he could WITH NO MONEY.

I was just stunned by his positive, empowered ATTITUDE of GRATITUDE. He was literally having the adventure of his LIFE!

So we talked a bit more and I invited him to come home with me to have some food and a shower.

What was even cooler? After he got cleaned up and had eaten, he thanked me and headed on his way. He didn’t try to “get more”. He didn’t ask me for money. He received my assistance without shame or hesitancy. But he also respected me and himself in a way that is hard to put into words.

He headed out into the muggy summer evening to continue his journey… His “ADVENTURE” as he put it.

A month or so later I got a postcard from him thanking me and letting me know that he had gotten home to Copenhagen safely.

The lesson? Which one? LOL

The lesson for me at the time (feeling a lot of shame for “failing” or “losing everything”) was this:

You can lose all your “stuff” and still keep what is most powerful and precious:

Your spirit, your willingness to explore and learn and grow from whatever EXPERIENCES life brings.

And THAT is why I love Danish people.

When I thought about that guy, I didn’t feel so sorry for myself anymore. And I went on to have many more “learning opportunities” in the adventure of my own life.

I don’t know how he remembers his “vacation” in America, but his gift to me that night was far, far greater than whatever I offered him.

So your Mind Mastery “take away” for today?

Attitudes and beliefs as well as how we “interpret” whatever is going on in our lives, make a MASSIVE difference in whether we choose to be victims or victors.

We ALWAYS have the power to USE whatever life presents. And that is the difference that makes a difference.

Ultimately it is the only true FREEDOM we have.

<==== Last time I checked there was a big yellow sign up box over there. I’m not suggesting you USE it or anything but if you did, I’m pretty sure you would appreciate it and benefit from the daily transformation tips, tools, techniques and “take aways” that just might help you make it back to your metaphoric Copenhagen whole, healthy, empowered, rich, happy… Just sayin’….