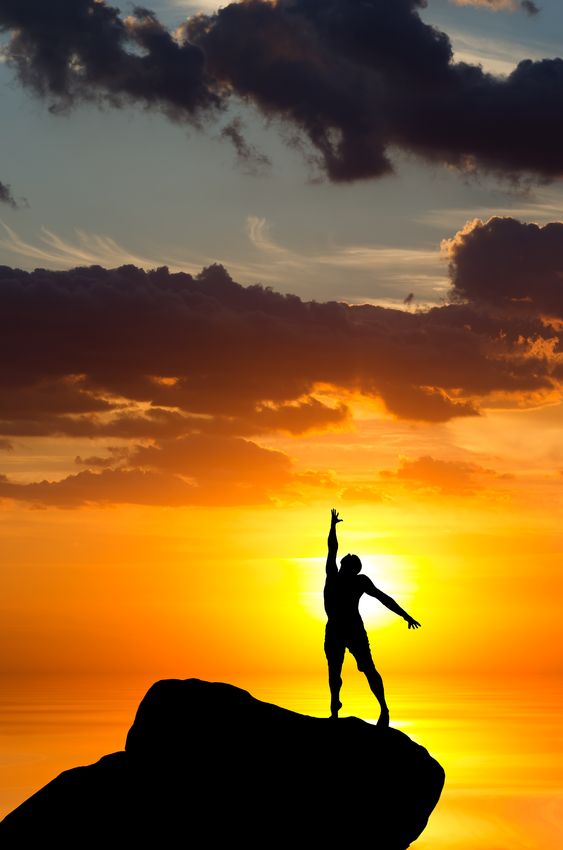 Someone asked me recently what the difference is between the process of hypnosis that I use with an athlete to help them achieve peak performance and the techniques I use with someone who is struggling to stop overeating.

The tools and techniques are the same.

The mindset, however, is completely different.

The carrot and the stick — i.e. pleasure vs. pain

For someone who is struggling with obesity or anxiety eating or couch potato-itis, they are trying to STOP doing something that is harming them. The problem is that they associate so much pain with changing their eating habits that they literally are hypnotizing themselves to stay stuck. My job when working with these folks is to help them to take small steps and begin to build “wins” that will support their next step and then the next step.

With peak performing athletes who have met some kind of resistance point in their performance or a plateau they want to move beyond, their thinking is already on what they want.

They are already focusing their mind generally on the outcome they want because they have been getting coaching. Pretty much every coach is familiar with the growing body of research that clearly demonstrates the power of creative visualization.

So chances are, most young athletes have been exposed to those ideas on some level or have received supportive coaching and they have experienced some level of success.

The athletes I specialize in working with are usually incredibly talented and have reached a certain level of proficiency at their sport. But for some reason they fail to live up to their potential and it begins to be a vicious cycle that they find difficult to break out of because much of the problem is going on in their unconscious mind.

Usually a star High School or College athlete will seek me out after they reach a point where what they’ve done so far isn’t taking them where it had been taking them and they need help to break out of the rut or stuck place. That’s not so different from someone struggling to get out of the stuck place of their couch and Cheetos habit, but the athlete already has a set of skills and self discipline that the couch potato has to build from scratch.

Now, in athletes who are struggling with performance anxiety, for example, a baseball player struggling with Chuck Knoblauch syndrome, they are suddenly FOCUSING on what they do not want to have happen.

So, my job is to teach them how to run their mind so that they can get back to giving their body the message of what they DO want. Perhaps a clean straight throw to first base from 2nd when the bases are loaded… What they had started to do was to worry about missing.

The more they run the movie in their mind about missing that throw, the more likely they will miss because their visualization is giving a direct command to their unconscious mind.

Once athletes understand how they have been using their minds to get the results they don’t want they are usually able to change that rapidly. Typically I’ll work with an athlete over 4 or 5 sessions. With my weight loss clients it is usually more of a 10 to 20 session process because the key for them is repetition and reinforcement. Athletes tend to have a pretty solid “work ethic” and “will power” they have developed over years of being coached, doing drills, practicing fundamentals etc.

So in that way they have the advantage.

Wherever you are in your quest for personal mastery and success in any endeavor, your Mind and the thoughts you are thinking, the images you are visualizing, the things you are saying to yourself, the memories you are bringing up, the scenarios you are conjuring up for your future, all have a very real effect on what you are experiencing right…. NOW.

Ultimately whether your goal is to get up off of the coach and to the gym, or to take your already excellent fitness level or competitiveness to the next level, the key to success in hidden in plain view in your own Mind.