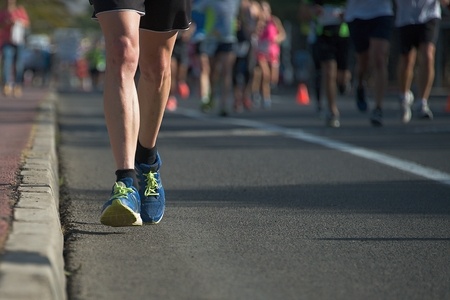 There is a concept in business and personal mastery called “speed of implementation”.

Essentially it means that when you have an idea the appears to be workable and sound, you implement it as soon as humanly possible.

this doesn’t mean that every harebrained idea that streams across your mental movie screen gets implemented. That would be insane and would probably destroy you.

What it means is that you are conscious of what is an idea that has massive potential and you put aside all your excuses and personal bullshit and you absolutely go for it.

These ideas often come after a long period of “failed” attempts. The time spent reflecting on what didn’t work is often far more useful than the easy successes. The actual idea may “fail” but there is no failure. There is only feedback. This idea that you implemented will lead you to the next idea and the next. Eventually the experience will build your confidence and awareness so that you make decisions that result in the outcome you intended or perhaps something even better.

For example the idea of this website was a long time in coming. I developed a number of powerful niches in my NLP/Hypnosis practice. Smoking cessation, Weight Loss, Anxiety relief, Sales success, Habit Control, Stress reduction, Sports Hypnosis, Phobia clearing…. and each of them could have been a full blown focus.

But there was something inside of me that just plain out resisted that path. All the marketing gurus out there say “focus on your niche and get rich.”

But what if the Niche is not personally sustainable or congruent for the long term?

Even as a compulsive songwriter, there was something stopping me from just dropping all the personal mastery work in order to “just do music” and it became clear that what was stopping was not fear or self sabotage, but a deep inner wisdom or “knowing” that was protecting me from excruciating boredom. The idea of doing gigs every night in small venues all across the country for a couple of hundred bucks a shot just was not appealing. Not because of the lack of monetary reward but because I wanted to find a way to honor all of my creative outlets. While the songs are crucial and a huge positive resource in my life, the prolific songwriting comes from constantly filling  my spiritual, mental, physical, emotional well with real life experiences and challenges, new ideas, new techniques to try.

But a few quiet things happened. Last week I was scheduled to be a part of a person’s BlogTalkRadio.com show. For some reason it didn’t happen and as I was sitting there waiting for an answer from the host about what was going on, I started digging in to that site and imagining what it would be like to have my own show where I could say what I wanted and cover subjects I was interested in.

So I meditated on it for a few hours and then I just DID IT. I put it into play.

The next logical step was to create a website that did the same thing. One place where I could combine ALL the interests and all the specific niches under one congruent, sensible, sustainable umbrella.

so here it is. One week later. Right now it feels like the 35 years of diligently picking myself up off the ground every time I “failed” and dusting myself off was exactly what I needed to get to this point where I can be useful… to YOU.

Explore the idea of “Speed of Implementation” today.

Remember. You will be dead for a very long time. So why not just go for it?!